Every Day an Easter

Every Day an Easter 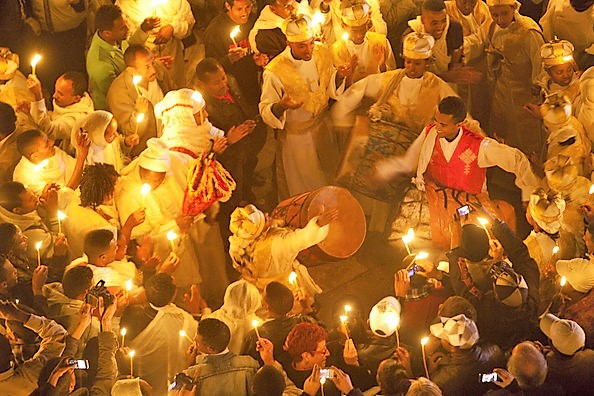 This Sunday, May 2, 2021, Ethiopians will be celebrating Easter. You may be wondering why a second Easter having had one on April 4. The short end of it is that Eastern and Western Churches have different traditions. Should that then be reason for not joining in or for thinking difference in tradition “gives a divided witness?”[1] Not at all; for it is only fitting that we celebrate the Risen Christ a second, a third, nay, daily, and year round. Jesus is alive. We worship One who entered time clothed in the garb of our humanity to show us the love and forgiveness of God by removing the wall of sin that separated us from the Holy One of Israel and from one another; he gave us peace, a new community, and a living hope.


And so what accounts for the ‘discrepancy’ in the two dates? Well, it is that Ethiopians are [as do Greeks, Copts, Russians, Lebanese, Syrians, etc] on a [Orthodox] calendar established in 317 A.D. by Church Fathers at [in modern ]. Church Fathers sought Easter to fall on a Sunday because that was the day of the week Jesus rose from the dead [Matthew 28:1, Mark 16:1, Luke 24:1, John 20:1]. Indeed, Jesus’ death and resurrection happened the same week he entered to celebrate the Passover. He was the promised "Lamb of God who takes away the sin of the world." He was crucified on Friday and buried the same day before Sabbath. And on the third day – Sunday - he rose from the dead just as he had promised.  The problem was that Jewish calendar is lunar and movable and disallowed Easter to consistently fall on a Sunday. Also, Ethiopia is on Julian calendar [the West on Gregorian] creating yet another hurdle. In the end, the Fathers took the position that Easter be celebrated the Sunday after Jewish Passover, after the first full moon as observed from , and on or after the vernal equinox [Saturday, 20 March]. Hence, May 2 and a Sunday. On such Sunday 2,000 years ago Jesus rose from the dead and proclaimed that Life [Jesus], not death, has the final word! And “through the Spirit of holiness Jesus was appointed the Son of God in power by his resurrection from the dead.” (Romans 1:4)

Jesus said,
"I am the resurrection and the life. The one who believes in me will live, even though they die.”
“In him was life, and that life was the light of all mankind.
“For God so loved the world that he gave his one and only Son, that whoever believes in him shall not perish but have eternal life.
“I am the Living One; I was dead, and now look, I am alive for ever and ever! And I hold the keys of death and Hades.
“Here I am! I stand at the door and knock. If anyone hears my voice and opens the door, I will come in and eat with that person, and they with me. 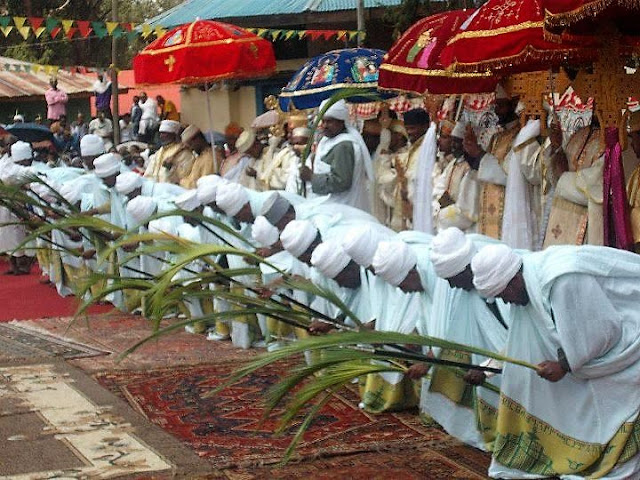 [1] "...our divided witness hurts the churches' credibility, confuses the people of our countries, and proclaims the exact opposite of the message we wish to share." - The World Council of Churches, Warsaw, Poland [2003]
Pic credit:  Off-Road Ethiopia Tour (top); Pinterest (bottom)