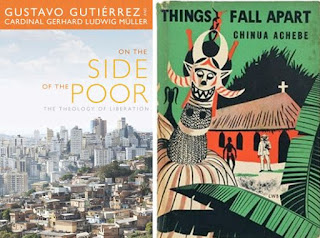 Recently, Christianity Today (CT, October 2006) put out its selection of The Top 50 Books published since the end of World War II that have shaped the ‘prayer, worship, witness, lifestyle, social action, church life’ of U.S. evangelicals.

In prefacing the selection, the editors rightly acknowledged that “people and movements can be defined by the books they read and remember” and that the selections were made “with some trepidation” and after a vigorous debate. It is understandable that a task of this nature rarely elicits unanimity.

However, we found it intriguing that the selection did not include a single book by authors from Africa, Asia, or Latin America. We do remember, to cite but one example, how Latin American “liberation” theologians (Gutierrez, et al) forced theologians in the northern hemisphere to rethink their view of church and society (see papers presented by missiologists Escobar and Costas at Lausanne 1974). In our opinion, this is not merely an oversight. Rather, it revealed a state of mind that is unwilling or unprepared to recognize and accommodate outside its own small circles. There is this perception that one is the sole dispenser of ideas and methods. Just so we never forget the Bible is not Western!

What is even more intriguing is that on the board of CT are advisory and contributing editors hailing from different regions of God’s world who could have served as resource persons. Of course, one could make the case that American evangelicals are better disposed to determine which books matter to them the most.

Also, we wonder how many books authored by Africans exist that have made a lasting impact on the way African Christians think and act. How have books and seminaries of the West shaped churches in Africa? Could lack of access to books and hence, an undivided attention to the Word of God explain aspects of the vitality we witness today in African churches? Conversely, could it be that churches in the northern hemisphere moved away from focus on the Word and consequently have become aliens to the disciplines of the early church?

Is the oversight a particularly ‘evangelical’ thing? Well, not really. We found that in anticipation of the Millennium the Modern Library Board had made a list of the '100 great English books of the 20th Century' and also failed to include a single book by an African author—even though three were Nobel Laureates at the time (Soyinka,1986; Mahfouz, 1988; and Gordimer, 1991)! And that Achebe's Things Fall Apart (Heinemann, 1958) has been required reading in schools across the world!

In view of this, How should mission planners and individuals with the best of intentions for Africa go about overcoming such a lapse of judgment and thus do not end up squandering precious resources?